Being an elementary school teacher, there are days when you think there is not enough money in the world that's worth the noise and heartache. Then there are days when you can't believe you get paid to do it, it's that wonderful. This happened on one of the latter types of days.
About twelve years ago, I moved from British Columbia to Ontario to take on a new teaching position. I taught a particularly precocious group of grade two students. The Ontario Curriculum required me to teach music. Well, I like what I like, but shamefully, except for about three years of piano lessons that my teacher begged me to quit when I was a preteen, my musical knowledge is limited at best. One of the curriculum objectives states that students, “express personal responses to musical performances.” That seemed easy enough. I came up with a plan. 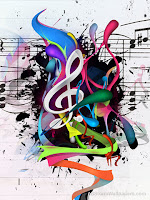 Each student was eager to sign up to the “My Favourite Song” program. All they had to do was to bring in a recording of a piece of music near and dear to them, tell why it was notable, and make known which instruments they could hear. I heard raunchy rock music, Inca instrumentals, hoedown music and a smattering of young pop singers. I even was privy to a few children's ditties. I was astonished at the variety of styles.
Then one day it was my turn. I was all prepared. I started with a recording friends had sent me from Holland. They had taken part in a project called, “War Child,” - a musical fundraiser, to help children from war-torn countries. There were 2500 singers in their choir. I played the recording and the students had to guess how many people were singing. They could easily tell it was more than one, but the first guess was 10 singers and we played the “More Than That” game until we got to 2500. Wonderful.
Then, in trying to instill in them an appreciation of all types of music, I told them they were about to experience something very special. I was excited to see their first reactions to the Three Tenors: Luciano Pavorotti, Placido Domingo and Hose Carreras singing “Nessun Dorma.” I was careful not to tell the meaning of this dramatic song, which was easy since it was of course being sung in Italian. I just told them the translation of the last line, "At dawn, I will win, I will win, I will win.” I think I told them the hero was going out in battle. As they listened, I allowed them to draw and colour. Crayons waxed along their pages as Luciano belted out the final lines.
A wonderful little guy, whose mother got me to admit that yes, he DID ask more questions than any other child, said, “Mrs. D.?” I said, “Yes, Mark?” He said, “Well, I like them 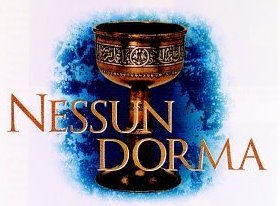 - the three guys, but I like the three Stooges better.” I stifled a laugh and asked why. He told me the three stooges were funnier. It was one of the moments that make teaching worth it all. That young family left the school that year to move away and I've always
wondered if Mark remembers that day. I always will.