In both Germany and Holland there were a few things beyond the expected that were purely liefsome. Just out of the ordinary...here are some in completely random order....

Like this vendor selling fricadels on the Alexanderplatz in Berlin. There is actually a burning grill strapped around his shoulders. Fricadels are like fast food - a sausage-like thing made of ground pork and herbs.

And these walnuts were for sale....just on a little stand in front of a house in Geithoorn, where tourists walk along the canals. 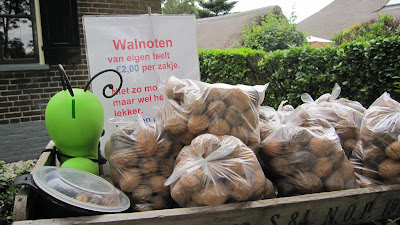 ﻿
All over Geithoorn, little boats were for rent for canal cruises. All colours and shapes, I was partial to these green ones. 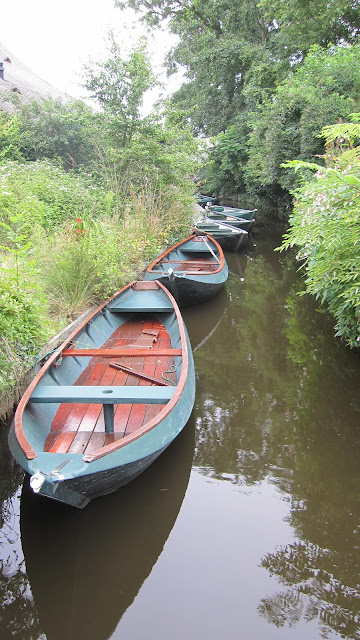 The Lei linden Trees - The Dutch place poles between the trees
and weave them together. 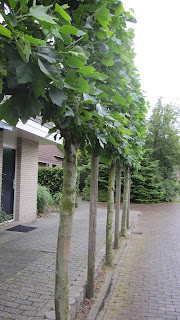 And the hondentoilets - what a civilized way to deal with a doggy's doodoo. 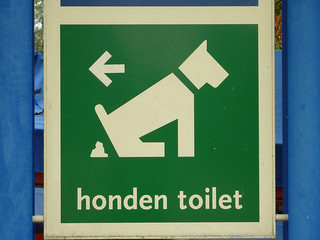 There was a mourning dove roosting in our friend's Catalpa tree. 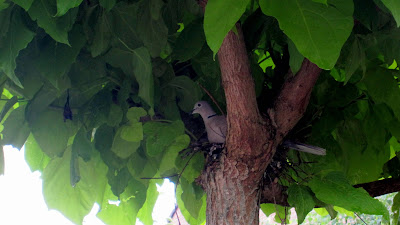 ﻿
Finding we were on actual Canadian soil in the middle of a forest in Overijssel - at the Holten Canadian War Cemetery. Thirteen acres was set aside by the Dutch government as an official cemetery for those Canadians who lost their lives in the Netherlands. 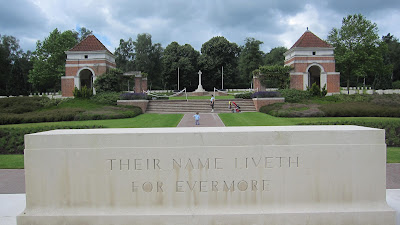 At the gateway to the Markerwaarddijk, there is an 85 foot, 60 ton metal statue of a crouching man. Designed by Anthony Gormley, it is his commentary on the concern of the ever-changing environment. He says,

“One of the known environmental changes that is happening is the rising of the sea level through global warming,” explains Gormley. “It is critical to me that at the time of its making this work reacts with the viewer, the walking viewer, on the top of the polder and that the surface that the viewer stands on is the surface that the work stands on. The work cannot have a plinth. Over time, should the rising of the sea level mean that there has to be a rising of the dike, this means that there should be a progressive burying of the work.”

It would be sad to see this giant crouching man be slowly covered with water. 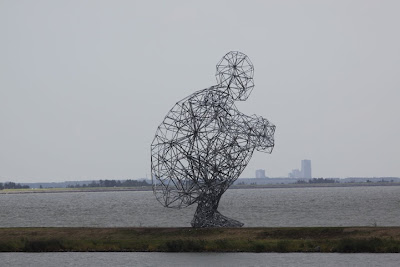 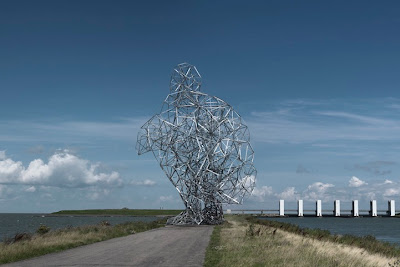 So there you have it....a few thoughts, random indeed, of things unexpected in the Netherlands and Germany.